Vegas Magic Shows This Weekend – Best Options on the Strip

While Vegas may be known for its nightlife, it’s also known for its wide array of entertainment ranging from concerts to live shows.

If you are looking for a show, why not see one of the best magic shows on the Vegas strip this weekend?

Some of the best entertainers in the US perform in Las Vegas, including world-renowned magicians.

In that case, you’ll want to explore the Las Vegas magic scene. Below you’ll find a list of Vegas Magic shows this weekend to attend.

David Copperfield is known for his intimate shows, including up-close magic, fantastical storylines, and even puppets. You may have seen David Copperfield on TV in the past as he has performed tricks publicly, such as making the Statue of Liberty disappear. This event is a family-friendly show and must-see when heading to Vegas.

The shows change depending on which tricks Copperfield wants to include, so even if you decide to watch his show two nights in a row, it will be a new experience.

Tickets to this show are popular, so purchase them in advance.

You may recognize Criss Angel from his TV show, also named MINDFREAK, of which multiple seasons have been filmed at Planet Hollywood Resort (Criss Angel Theater). MINDFREAK includes stunning tricks shown on TV and new tricks that have not been seen yet. This magic show is closer to a theatrical act as a high level of technology has been included to create the ultimate experience.

As the magic tricks are performed, lighting and EDM music occur in the background adding to the mysterious feeling. Expect to see magic tricks like Criss Angel levitating, accented by pyrotechnics.

3. Mat Franco at The LINQ

If you’re in the mood for a magic show that is unique and interactive, check out Mat Franco at the LINQ. This performer won “America’s Got Talent” and has been showing the world his magic ever since. Mat Franco’s show is described as a combination of old magic with a new style.

This 90-minute show will keep you on your toes and allow you to feel included in the magic during the evening.

4. Murray The Magician at Tropicana

Murray The Magician performs his comedic magic show in the Laugh Factory Comedy Club at Tropicana Las Vegas. This is an excellent show for the whole family as it’s light and funny. Kids above the age of 3 are welcome to attend.

This magic performance is part pranks, part magic tricks, and a whole lot of fun. This show is one of the best family-friendly Vegas magic experiences on Strip.

Those looking for an earlier show can head to Excalibur to watch Mac King perform. He wows with a combination of comedy and magic in an interactive 70-minute performance. Mac King incorporates live animals into his shows in an unbelievable way, from a grizzly bear to his pet guinea pig.

6. Piff The Magic Dragon at Flamingo

You may recognize Piff The Magic Dragon as the magician who performs in a dragon outfit. Piff performs with his adorable dog Mr. Piffles showing off extraordinary magic tricks while cracking jokes. Prepare to laugh as you ask yourself, how did he do that?

Keep in mind; this is not a show for children. Head here for date night, solo outings, or with teenagers.

7. Xavier Mortimer at the Strat

Xavier Mortimer is a French Illusion magician who traveled to Las Vegas to star in a Cirque du Soleil show. He was able to transition into his own show at the Strat quickly. The show titled “The Dream Maker” offers viewers new illusions, dancing, and comedy along with an entertaining narrative.

Expect to see his famous illusions that were performed online, with a new twist. This magic performance is an excellent activity for the whole family.

Nathan Burton performs at two different theaters in Vegas – the V Theater and Saxe Theater. He is well-known for his performances on “America’s Got Talent.” His magic performance features a combination of large-scale magic tricks and interactive tricks that occur at the audience member’s seats.

This Nathan Burton comedy magic show is also family-friendly and offers comedic relief in between stunning optical illusions. You can purchase tickets for general seating or VIP seating up close and center to the stage.

Frederic Da Silva puts on a mind-bending show by reading people’s minds and using his power of hypnosis. This unforgettable show leaves you in wonder and wanting more. He will guess images and names the audience has in their mind. Or, guess what audience members have hidden in their pockets.

Penn and Teller have been huge in the magic world for years. They will charm you with their act as Teller remains nearly silently the whole show, and Penn tells it like it is. Rio is a culmination of large-scale magic tricks, illusions, and even sideshow tricks like fire-eating.

These magicians are famous for telling the audience how tricks are done. Learn about your favorite optical illusions as you’re bombarded with comedy and unbelievable stunts.

If you’re hunting for a new magic show that you haven’t seen before, head to The Mirage for Shin Lim’s show Limitless. Shin Lim partners with mentalist Colin Cloud for an epic show featuring mind-reading, sleight of hand, and object manipulation.

Limitless is another excellent show for the whole family that will keep everyone entertained and wowed from start to finish.

Use this list as inspiration for magic shows to attend while you visit the Las Vegas Strip.

These magic shows offer a variety of styles, from comedic and family-friendly to dark and dangerous. Each show will leave you stunned as you try to figure out how the tricks were performed. Enjoy one, or as many as you’d like, of these available Sin City magic shows. 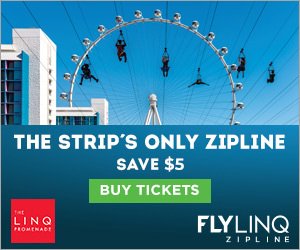